Our Philosophy at The Solace Center Sienna is quite simple. We believe in providing evidence-based treatment to our clients.

We will often combine medications with psychotherapy for optimum outcomes. We will often discuss the importance of disease management and recommend lifestyle changes to help reduce suffering. We believe that your treatment should be a “team endeavor” rather than physicians making all the decisions.

We will listen to your concerns carefully and make our best-educated and experienced effort to reduce your suffering. In short, our philosophy is to provide “patient centered” care; combining your biological, psychological, and social needs into our treatment with you. We, however, do realize our limitations and being a small practice, we will not be able to manage all conditions. In the event that we are unable to manage your needs, we will provide referrals to capable colleagues who can care for you. 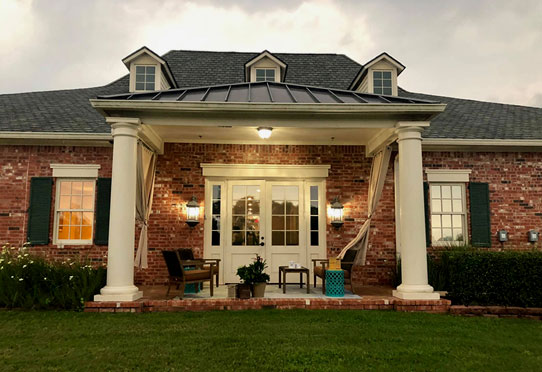 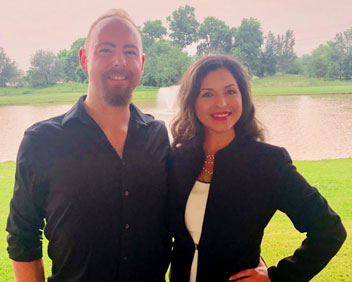 We are dedicated to providing a safe, comfortable environment in which you feel completely secure sharing your...

If you are struggling with depression or other mood disorders, our team is ready to help you develop an individualized...

When anxiety becomes more than occasional, passing worry, the experts at The Solace Center Sienna are here to ...

Finding Solace, our intensive outpatient program, bridges the gap between...

Five years ago, I walked into Erica Bruce’s outpatient program. I was 17 years old and only allowed in the adult program because it was decided the teen program just wasn’t enough for my circumstances. Frustration and angry caused me to be closed off. I had visited a countless amount of therapist before, and felt each one was an absolute waste. Although a majority of the therapeutic process is to openly share and journey together towards breaking down falsities, my process also included these therapists showing themselves worthy of that journey. I needed to feel safe in sharing, and had to be certain it was more than an occupation for each. Needless to say, after so many failed attempts, I was exhausted at the thought of ever finding someone.

Life seemed to quickly fade. Suicidal thoughts began to overwhelmed mind. My mother felt she had no choice but to force me to join Erica’s program. Weeks passed; my heart and mind remained shut. More weeks passed and still I remained still. I waited to be kicked out for lack of participation. There was only a certain amount of patients allowed and was sure they’d choose to give my spot to someone that was more open to it all. To my shock, I remained mute and never overheard the thought of my removal; that alone said a lot.

After being silent for so long, Erica took a chance and poked at me. She tried to get something, anything, out of me. She’d ask tough questions with no room for avoidance. My only way out was to answer, so I did. I tried so hard not to be involved. I’d avoid eye contact, I’d sit closer to the door for easy exit, I’d try to act cold, and yet she saw through it all. She’d poke and poke until I’d pop. I hated it. I felt so exposed. There was nothing I could hide anymore. In that sense of uneasiness and exposure, healing began.

A couple months after entering the program, I was free to go. I had just been diagnosed with Major Depression Disorder, put on meds, and confused at the next steps in life. Even then, Erica continued to meet with me. She went out of her way to continue the journey with me. She would never let me give her any excuse. As I grew further in the healing process, she began to challenge me even more. No longer was it just about my emotional state, but also my mentality in all aspects of life. Sessions with Erica were the hardest part of my life, but they were also the most rewarding. I began realizing I was no longer paralyzed. I began to conquer life rather than have life be the conqueror.

If it weren’t for Erica’s relentless fight for my life, I don’t know if I would of made it. In honest thought, I definitely wouldn’t have. She showed me the importance of caring for the people that depend on you, and what it means to truly walk alongside someone.

Five years later, I find myself focused and driven. I am no longer afraid of the limitless possibilities, but rather empowered by it. Even now, Erica remains in my corner. That support and the work done together is now evident in all aspects of my life. I could not be more grateful. The name has been changed for confidentiality purposes.

I was diagnosed with Bipolar Disorder in 2001 at the age of 21. I am now 35 years old. I have seen many different doctors and have been on numerous medications over the past 14 years. I have struggled with both manic and depressive episodes until five years ago when I became a patient. He and his therapist, Erica Bruce, have helped me live a normal and healthy life. With the help of Ms. Bruce, I haven’t had a single episode in the past five years. From the first meeting, I immediately felt very comfortable to share my previous history.

Ms. Bruce listened to my current problems of my manic state and helped me regain my confidence by helping me understand my existing condition through conversation, role playing, worksheets, and plain old common sense. I am entirely grateful to her for her ability to recognize my triggers and how to stop a manic attack, a depressive episode, or the social anxiety that I would feel at times. If it weren’t for Ms. Bruce, I am not sure where I would be today. They have kept me out of the hospital, have stopped any episodes of mania, depression, or anxiety, and have helped me keep the confidence to beat this disease and live a healthy, stress free, independent, and successful life.

My son has been experiencing bipolar mania with a few depressive episodes for about 15 years. My husband and I could never understand what was happening to our son. We took him to see numerous doctors and visited with numerous hospitals to try and help our son. James would seem okay for months at a time or sometimes a year at a time, and then he would experience an attack that seemed to come out of nowhere. They happened quite frequently and they happened to him very quickly. Five years ago, we were introduced to Erica Bruce. From the onset of our first meeting, my husband and I knew we had finally met the best professionals to help James overcome his struggle. James immediately seemed very comfortable. My husband and I have never seen James respond so well to treatment. We owe our son’s new found healthy and successful life to Erica Bruce, and to our son himself for following their advice and participating in their programs. To date, James has not had a single attack. Her help has been a true miracle in helping our son succeed in life and beat his condition.

The name has been changed for confidentiality purposes

Bipolar disorder, previously known as manic-depressive illness, is a disorder of the brain that causes unusual shifts in mood, energy, activity levels, and the ability to carry out day-to-day tasks. Symptoms of bipolar disorder are severe. They are different from the normal ups and downs that everyone goes through from time to time. Bipolar disorder symptoms can result in damaged relationships, poor job or school performance, and even suicide. But bipolar disorder can be treated, and people with this illness can lead full and productive lives. Bipolar disorder is a treatable mental disorder. According to the National Institute for Mental Health, nearly six million adult Americans are affected by bipolar disorder. It usually begins in late adolescence (often appearing as depression during the teen years), although it can start in early childhood or later in life. An equal number of men and women develop this disorder (men tend to begin with a manic episode, women with a depressive episode), and it is found among all ages, races, ethnic groups and social classes. The disorder tends to run in families and appears to have a genetic link like depression and other serious illnesses.

According to the Diagnostic & Statistical Manual of Mental Disorders 5, some symptoms of manic episodes include the following:

Symptoms of depressive episodes include:

Bipolar disorder is a very treatable Mental Illness and there are many FDA approved medications for management of Bipolar Disorder.

Regular exercise and eating a balanced diet are very important steps for living a healthy, disease-free life and may help a person recover faster from illness, but in the absence of treatment, these steps are not effective for chronic depression. Often, people suffering from depression may wait for months to years before seeking professional treatment.

Depression is caused by a combination of genes and environment. Genes can predispose you to the development of illness and environmental stress can precipitate an acute episode of an illness. We hope you find these tips helpful in understanding depression and seeking appropriate, timely help.

MENTAL ILLNESSES DO NOT DISCRIMINATE:

Most people suffering do not seek help – one in five Americans experiences a mental health disorder in any given year, but only one-third seek care. People often suffer for years. According to NIMH, people who do seek treatment typically do so after a decade or more of delays, during which time they are likely to develop additional problems. People suffering often do not seek help because of stigma and misperceptions surrounding mental disorders and their treatment.

Talk to us today

Call us today at (281) 778 - 8715 to discuss your situation with our experienced clinicians in greater detail.